posted in Learning, Reading on 9 October 2018 by kwabiwe

We all have our own share of success. I’m not talking Bill Gates wealth success here as most people would want to define success. I’m talking about success in different aspects of your own life. This could be a financial success, of course, but also personal success such as self-growth, career success, relationships, health and so on. My story of success is credited to my parents and the opportunity to migrate from a third world country to a first world United Kingdom, a land which presented me with a lot of favourable circumstances.

There are countless opportunities which I may have not had if I had remained in Zimbabwe, such as having a “free” secondary education and higher education which was paid off with a student loan. Maybe paying off the student loan now is not as fun, but where I come from there isn’t even such an opportunity to get a low-interest loan for your studies.

Going to university alone taught me a lot regarding shaping my own future. The Bachelor’s degree I earned isn’t the most fundamental gain from university, but the life lessons I learnt, people I met and learnt from, and the self-help books I came across are what shaped me. I did read academic books as well.

A lot of my life lessons have come from reading books so I’ll now spend time talking about some of the books I’ve read.

The first self-help book which I picked up was Think Big by Donald Trump. This is a book which a friend of mine had with him and as he had finished reading it I borrowed it, indefinitely (he’s a very close friend after all). This book had some very striking ideas which I hadn’t quite come across in my upbringing. It is the book which made me really realise my entrepreneurial desires. At the end of the book, the author, now the president of the USA, recommended other readings, and one of them happened to be the popular The Secret title by Rhonda Byrne.

Though not being my intention, the sequence in which I read the books seems to be in the right order. The first book, Think Big, showed me that there’s more to this world than what society teaches us, which is to go to school, get a good education and work the rest of our lives. Instead, it showed me that we can be more than that by ‘thinking big’. The Secret dwelled on the same idea as the Think Big title but from a sort of spiritual perspective. It was very inspiring.

A little while after that I read, Zen: The Art of Happiness by Chris Prentiss. The ideas in the book are very similar to that of The Secret. Both books are all about thinking positively and they portray how that type of thinking gives you more control of your life’s circumstances.

A book I read after these positive thinking titles got a lot more practical. The 7 Habits of Highly Effective People by Stephen Covey takes this concept into a different narrative – positive thinking can only take you so far. More than that you’ve got to put in the work. Such as the Bible also says that faith without works is dead. Having had the foundation of thinking positively, now it was time to realise that I have to put in the work. As Covey puts it, “to learn and not to do is really not to learn. To know and not to do is really not to know.”  Not that I didn’t know that already, but the book gave me an understanding of how to actually put the work (habits) into practice.

As well as reading this book, I also read a lot of blogs about productivity and beneficial habits to practise such as waking up early and having morning rituals. My morning now includes praying (gratitude), reading and exercise.

“…to learn and not to do is really not to learn.

Another title, Outliers: The Story of Success by Malcolm Gladwell delves into the concept of how some of the most successful people of the 19th and 20th century actually came to be. The inventions from these generations have vastly improved our lives today. The book looks into factors such as the opportunities which were presented to those people. The author touches on Bill Gates and other computer revolutionists and their successes by outlining how they were given rare opportunities to practise the skills which they then later on used in their innovations. These factors range from being born at the right time and right place as well as the people around them which presented some rare and favourable circumstances. If you haven’t already, read the book to get a better understanding of this view.

My take from Outliers was that in life opportunities are presented to you and you have to learn to execute when the time comes. If you are able to read this article on a smartphone or computer online, you’re probably more privileged than a lot of people around the world.

That leads me back to the point of my own success. Had I not been born to a father who had ancestral relations with the United Kingdom, I may have not been in this country. Being also born at a time way after events such as the world wars, and the wars in the county where I come from is a privilege in itself. The country I’m in now gave me business opportunities which I would have not heard of had I been in Zimbabwe. There are countless conveniences I could mention that have contributed to where I am right now.

Part of my story is about dedicating my time to deliver rare opportunities to others. I intend to constantly improve myself on a daily basis and a big part of that is increasing my knowledge through reading. Warren Buffett owes his success to reading. After being asked what the key to his success is, he pointed to a stack of books said, “Read 500 pages like this every day. That’s how knowledge works. It builds up, like compound interest. All of you can do it, but I guarantee not many of you will do it”.

The sad thing is that the last part of Buffett’s statement is true. If you want to start your reading journey, here are some titles I would recommend as I’ve personally read these. 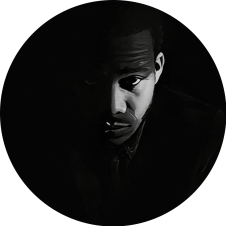